Doug Ranno is a BMI singer songwriter who has been writing music individually and in co-write relationships with artists and writers in Nashville and California for years now. In 2014 he released an album with his band,The Harvesting Crew, appropriately titled, THE MUSICAL HARVESTER. The album was a mix of Nashville Country, California Countrywith a bit of Delta Blue mixed in. The Musical Harvester album was well received across the country and a song from that album titled (PART OF ME) reached the #1 spot on the Cash Box Music Charts in 2016. Additional music from Doug Ranno has also been used on both TV shows and NBC documentaries as sound tracks.

“I feel so blessed to have been able to work with such talented producers and musicians in Nashville! What an amazing experience and we are so proud of the music!” 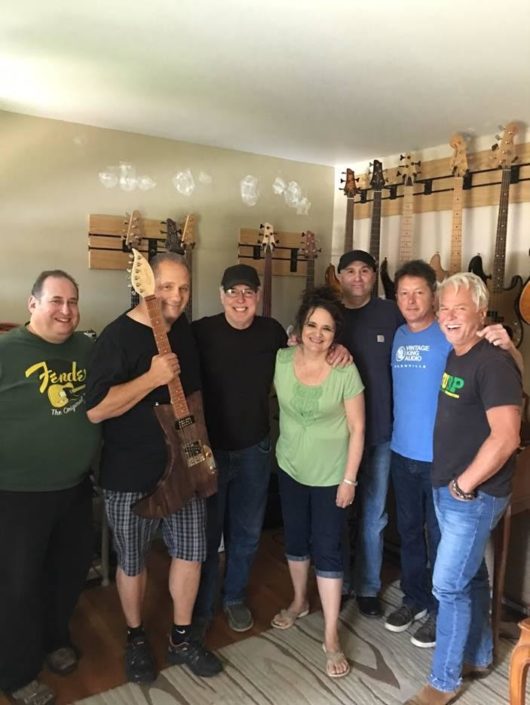 Born in Sacramento California , Doug Ranno is a graduate of California State University Sacramento. Doug first began to write music as a way of expressing his feelings and concerns about life and studied guitar at a small music studio in Sacramento called Tiny Moore’s. Tiny was a world renowned mandolin player who was best known for his amazing mandolin picking.

Doug had a reputation of being very independent and very much a free spirit. It took the likes of a very talented, patient and soft spoken guitar player/instructor named Tom Phillips to catch Doug’s interest and motivate him to learn early classical guitar techniques. From there, Doug played locally with musician friends both independently and in bands throughout the Sacramento area, always enjoying the fun but searching constantly for ways to communicate with music and words.

One band of hometown musicians Doug especially liked to play with was a gang of locals who called themselves the Generics. Whether it was the friendships, the music or the incredible amount of local followers, Doug would always remember the times with the Generics as some of the best of his early days in music.